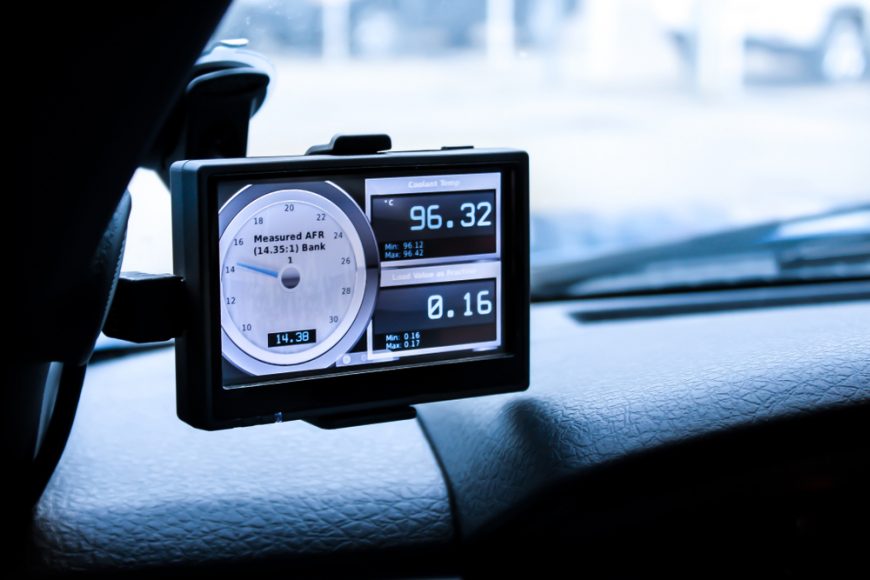 One of the most popular performance upgrades available in Edmonton for diesel engines are EGR and DFP deletes! These aftermarket kits remove factory-installed components that limit performance and fuel economy in diesel engines.

Two of the most common delete kits are EGR deletes and DPF deletes.

Park Muffler is Alberta’s premier automotive repair shop and our team of expert technicians specializes in everything from improved acceleration to better fuel economy. If you are ready to unlock your vehicle’s power and performance, consider getting an EGR or DFP delete. We offer a variety of performance upgrades in the Edmonton area!

Not sure the difference is between the two? What have you covered:

EGR stands for exhaust gas recirculation which refers to an engine system that reduces a vehicle’s nitrogen oxide exhaust emissions.

The EGR may limit the amount of exhaust your vehicle releases into the atmosphere, but it actually increases the soot accumulated in your engine. This soot accumulation can lower your engine’s efficiency by up to 3%! This results in a 3% increase in fuel consumption in order for your engine to maintain the same amount of power. EGRs can also cause other issues such as sticky valves, leaky cylinders, cracked engine components, and coolant problems – just to name a few.

An EGR delete works by bypassing the system, causing your vehicle to run cooler while increasing the engine’s lifespan. It improves the overall performance of your vehicle.

DPF stands for diesel particulate filter, which is a filter that captures and stores exhaust particulates such as carbon in order to reduce diesel emissions.

Unfortunately, the DPF can also take a major toll on your engine and reduce your vehicle’s fuel economy – by up to 30%! Because the DPF is a filter, it can get clogged over time. You will notice a significant decrease in your vehicle’s already limited performance when this happens. While you can clean the DPF, this is not always practical or affordable. In some cases, the DPF can get so clogged that it must be replaced altogether, which can cost thousands of dollars. If left as is, a clogged DPF can cause significant engine damage.

Many Edmonton drivers opt to install a DPF delete in order to increase horsepower, performance, and torque. Following a DPF delete, drivers notice a major increase in power, fuel mileage, and engine lifespan.

EGR or DPF: Which One Should I Delete First?

Most drivers in Alberta prefer to have both systems removed from the truck at the same time. However, time and budget may make this difficult. If you are interested in having both the DPF and EGR removed, it’s important to consider which one you should have done first.

Removing the DPF first will offer the most benefits right away by reducing exhaust temperature and backpressure. You’ll also notice immediate improvements in horsepower and overall performance. However, EGR deletes are usually less time-consuming than DPF deletes and the EGR can sometimes be disabled using software instead of performing a complete removal.  Performing an EGR delete first may not yield you immediate benefits, but it can be ideal if you plan to delete the DPF later.

Ready to Get Started?

If you’re ready to improve your truck’s efficiency and performance, book your appointment with Park Muffler! Our team of expert technicians service vehicles in Sherwood Park, Edmonton, Fort McMurray, and Northern Alberta. We offer professional EGR and DPF deletes along with other performance upgrades to maximize your vehicle’s potential!

What Our Customers Say

I had a really good experience with these guys. I met/spoke to Ed. He is the Owner/manager. Super nice guy, I took in my car for brakes. Got it back the same day. If you are looking for a good and fast service, this is the shop for you.

C D
13:54 04 Jul 22
These gentlemen have helped us out on a number of occasions. We have never felt like we were taken advantage of and have always walked away confident in the service that was provided. When in dire straits with our vehicles, this is the first mechanic we think of. I was first referred there by my car's dealership .... It would have been hundreds more at the dealership and they were trying to save me a buck or two. My wife's family has gone there for decades.

David K.
16:24 02 Jul 22
Was referred to park muffler by another Edmonton mechanic to get the exhaust repaired and an oil change on my sprinter van after Mercedes west Edmonton tried to gouge me. This is an Absolutely Fantastic shop!! staff was amazing, competitive pricing. Got me In and out in a reasonable amount of time. Well worth the drive from the city.

Junior
17:39 30 Jun 22
These guys are so good! They’ve treated me nothing but well. Definitely recommend them, they always keep you updated on the progress, invite you in to come check your car and approve that that’s how you want it rather than just do it. Nothing but love for these guys! Definitely will continue to drive out of the way just to use them!

Malcolm M.
04:31 30 Jun 22
I had my catalytic converter stolen and park muffler took care of everything. When I called he said bring it in and we will take care of the rest. They called my insurance and called me when it was done. Park Muffler had the parts in stock. They could of did it that day but with insurance it took a day.I didn’t deal with anything including my insurance. I just let them know and where it was getting replaced. Highly recommend these guys ☺️

Jaqui La R.
22:17 26 Jun 22
They were and always are reliable and looking to solve the problem not beat around it

Kaden N.
05:19 23 Jun 22
Beyond outstanding results from park muffler! Ed was very friendly, honest, provided excellent customer service and treated us like we were family. I took my 2018 F-350 to get new exhaust tips put on and couldn’t be anymore satisfied. Park muffler made sure that they were exactly the same on both sides unlike other shops! 11/10 would recommend park muffler to anyone if you are looking to get the job done perfectly and with lots of care! We all left park muffler with a smile and are looking forward to going back!

Kevin C.
23:27 15 Jun 22
writing this review on behalf of Honey Bunny Christian Daycare You guys are amazing, fixed our daycare van after vandals, damaged our daycare vehicles. kept your card will definitely refer

Ashlee R.
17:30 13 Jun 22
PARK MUFFLER DID AN AWSOME JOB ON MY EXHAUST, DUAL TIPS AND EXHAUST INSTALLED. ALL THE BENDS AND WELDS WERE TOP NOTCH, I ALSO GOT COOLING SYSTEM FLUSH. MY TRUCK SOUNDS NICE AND RUNS COOL. THANKS GUYS GREAT JOB!

Had a great experience with Park Muffler? Feel free to leave us a review.